THIS BRIEF HAS NOW CLOSED

AMP is extremely excited to announce our new brief.

Design the poster for the new short film from Ben Quinn, “I MISSED MY MOTHER’S FUNERAL”

I Missed My Mother’s Funeral is a short film about the last moments that a man and his father will spend together. The film expresses the difficulties of saying the last goodbye to someone you love and shows that simple gentle moments can say more than words ever could.

A young man (Brendan Cowell) has escaped from prison and taken his ailing father (Brian Cox) from hospital to the house he grew up in. He searches for an old vinyl record, a special record amongst the scattered memories of the house that has been packed up to be sold. He finds the record and asks his father to dance. The tender dance is interrupted by a woman, the sister (Anamaria Marinca) that enters, looking worried and concerned.. She leaves upset and returns with police who drag the young man away. He is bundled out of the room past the sold sign on the front of the house and into the awaiting police car. 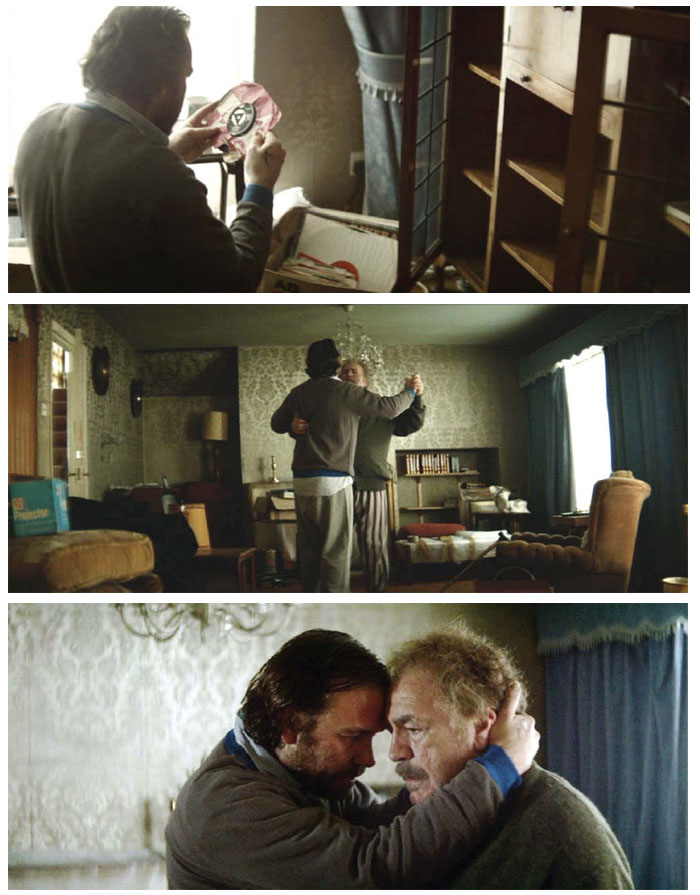 Brendan Cowell – The Young Man
Brendan is a writer, director and actor working in theatre, film and television.His many credits include writing the TV series The Slap, starring the World War I dram Beneath Hill 60. His first novel, HOW IT FEELS, was published by Picador in 2010 and was nominated for an ABIA in 2011. He is currently adapting it for television

Ben Quinn – Writer/Director
Ben began his career building sets for Home and Away to fund his fledgling career in music. In 1997, Ben arrived in the UK with his terrible band, a record deal and a suitcase full of heady dreams. They broke up on arrival.

With no music to play he turned to his other great love, film and began working on documentaries for the BBC including Horizon and The Human Body. This experience has shaped Ben’s style of film-making, the imagery often raw, the performances always powerfully real.

In 2008 he created a spot for humanitarian project The Elders’ that on first screening drew a standing ovation from the room that included Nelson Mandela, Desmond Tutu and Jimmy Carter.

Ben was recently nominated for an AICP award in New York in for his collaboration with Spike Lee in a film commemorating the opening of the Martin Luther King Memorial in Washington DC.

Throughout 2010/11 Ben worked with Ralph Fiennes on the actor and director’s adaptation of Coriolanus. Ben assisted Fiennes in his development and realisation of the film and went on to direct the second unit in Serbia. Fiennes said thank you with a recurring role – you can see Ben filming the news events throughout the film.

Barry Ackroyd B.S.C – Cinematographer
Barry Ackroyd is one of cinematography’s most influential figures. His many film credits include 12 films for Ken Loach including Raining Stones, The Wind That Shakes The Barley and Looking for Eric. Barry’s collaboration with Paul Greengrass has produced UNITED 93, The Green Zone and the upcoming Captain Phillips.

His neo realistic style was recognised for his work on Kathryn Bigelow’s The Hurt Locker for which he received a BAFTA award and an Academy award nomination.

She has received nominations for Excellence in Production Designfrom the Art Directors Guild, Golden Globes and Emmy’s.

In 2002, Ms. Djurkovic was honored with the Women in Film and Television Technical Achievement Award.

Can be any style you wish and must be able to be reproduced at A2 in size. The only mandatories for the poster for now can be found on this link, which are the actors names, movie title and billing block. Fonts, logotypes and style are all open to your creativity.

An iPod touch (4th generation 16GB) in the colour of your choice, along with your work being used as the artwork for the film and a copy of the poster signed by the actors and director himself.

Good luck, and we can’t wait to see the entries.