Artist Adam Relf has recently completed the key art for UK Sci-Fi, PANDORICA. Here we find out a bit more about Adam, his work and what the future holds

Hi Adam, we love your work, can you quickly introduce yourself?

Thanks! I’m a freelance illustrator. I work on a range of different things from animation advertising, music videos, concept art, children’s books, album art etc… I like to do a bit of everything.

How long have you been working as an illustrator now? And how did you get into it?

I’ve been working as an illustrator for about 12 years. I had a bit of luck and got a job as a concept artist just before the end of university. I went to get my work printed and the guy who ran the print shop had a brother who ran a video games company. He introduced me, and they hired me. I also got an agent as a result of my end of year show, which enabled me to get into children’s book illustration. From there it was just about meeting people and making contacts over the years. I really like trying my hand at things, so just found myself working in many different fields.

Where you always into drawing when you were younger?

I’ve been drawing since I can remember. I used to love copying things and drawing animals when I was really young, then I got into comics when I was a bit older. I tried to do my own graphic novel countless times, but I was always a bit too ambitious. It was such a time consuming process that by the time I got halfway through, my drawing skills had improved. Meaning I had to start over… and over. Maybe I’ll try again one day.

Your film work has a Drew Strutzen feel perhaps? Are you a fan? Did you have favourite artists growing up or key influences?

Yes I am very much a fan. Nobody quite captures the atmosphere of those ’80s sci-fi movies like Drew Struzan. When I was growing up I was obsessed with special effects, so I would say I am very much influenced by the art of film rather than any one individual. But some key people where Stan Winston and Jim Henson. It wasn’t until much later that I really started studying artists in my field.

Can you talk about your awesome Star Wars: The Force Awakens Work?

Amongst all the promo for Star Wars: The Force Awakens Luke Skywalker was left out of any of the footage and even the official poster. I had an idea for an alternative version that put him front and centre of the new films. So I decided to do it. I stayed up late every night for about two weeks doing it. I’d finish a day’s work, then immediately start working on the poster. When it was done, I put it out into the world via the internet and with the help of my friend Isaac, who’s a bit of a social media wizard. It ended up doing the rounds on quite a few sci-fi sites. I then got an email from Instagram asking if they could put it on the front page of ‘Creativity Awakens’ which got it a lot of exposure.

What has been the result of the popularity of your Star Wars piece/s?

I got a lot of very nice emails from Star Wars fans. Also, I ended up getting a message from the people at ‘Bottleneck Gallery’ (New York) asking if I wanted to print them as official Star Wars posters… so watch this space on that.

How did you come to do the official Pandorica poster?

Nick, who co founded The Film Label, asked me if I could do it. Strangely enough, I had never done a film poster before, and he didn’t know I had just done the Force Awakens poster. On top of that, I didn’t know he had just got a film made. so it was a weird coincidence and very good timing.

Can you talk about the process you use to create a piece like the Pandorica poster?

It’s all done in Photoshop, using a multitude of digital brushes, paint textures, filters and adjustment layers. I draw each of the characters separately in a lot of detail then arrange them all on the main background image. From there it’s mostly about adding more layers of atmospherics textures and lighting.

You have been successful with commercial work. Do you have any advice for artists hoping to get paid gigs?

Enjoy what you do and give it your all. If you put your heart into something people will take notice. I know it’s important to get paid, but try not to let that be the reason for your art.

Who do you respect now in the field presently?

Too many to say. But just off the top of my head, Robert Valley, Matt Taylor, Aaron Horkey, Ruben Ireland, Nicolas Delort as well as many others.

What’s next for you and any final words?

I’m currently working on an epic children’s book. So that’s what I’ll mostly be doing for the next six months. I’m also planning to do another poster, but I haven’t quite decided on the subject matter. Maybe a poster for the upcoming Aliens 30th Anniversary. I’ve only just started down the film poster road, so I think that’s something I’d really like to explore further. 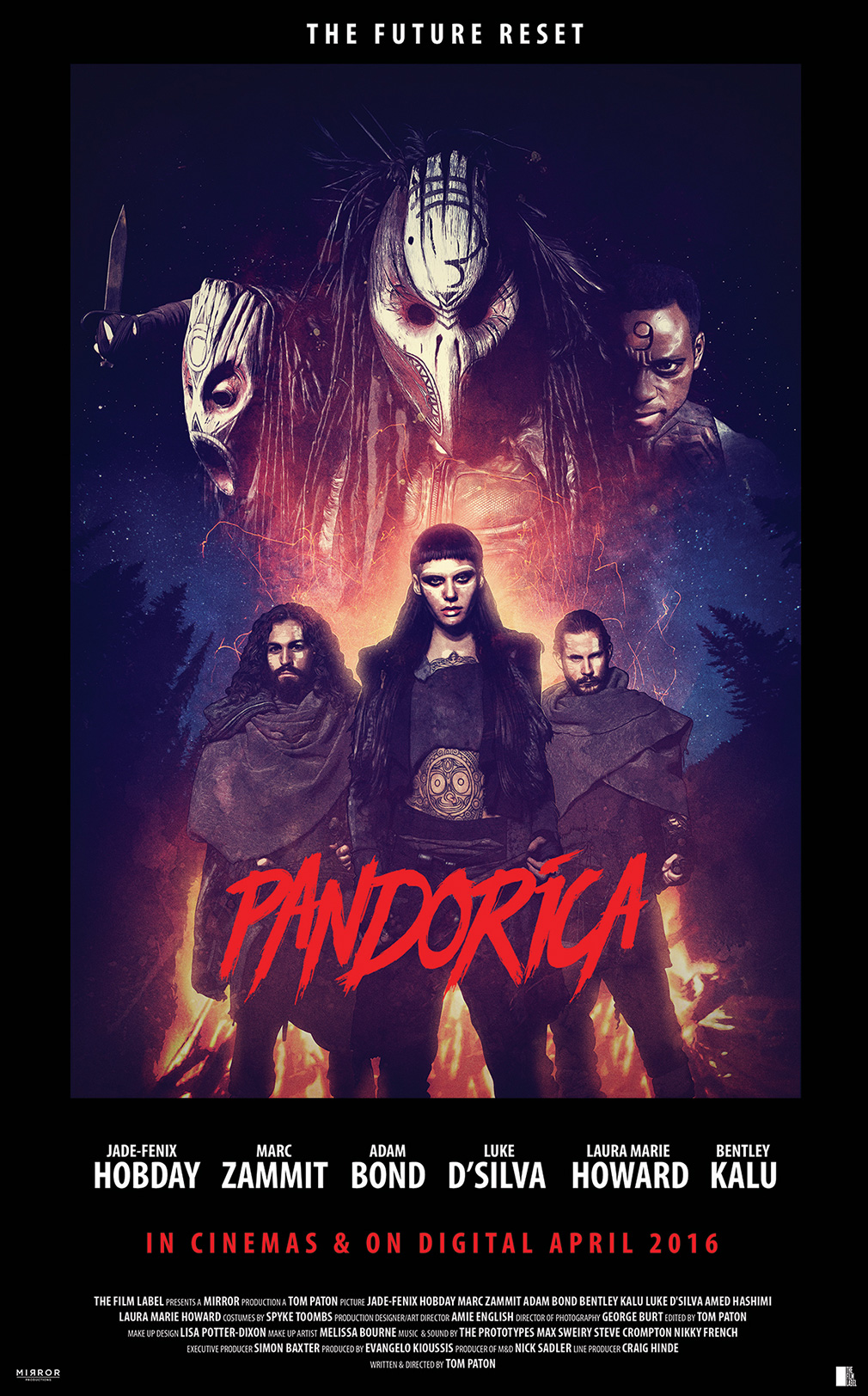 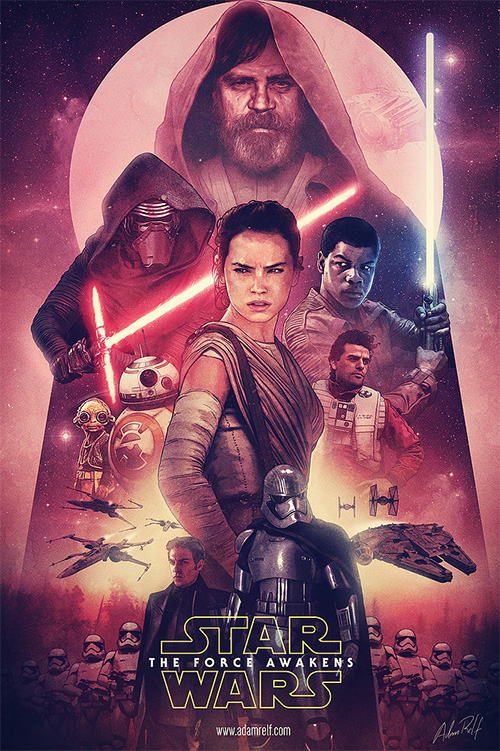 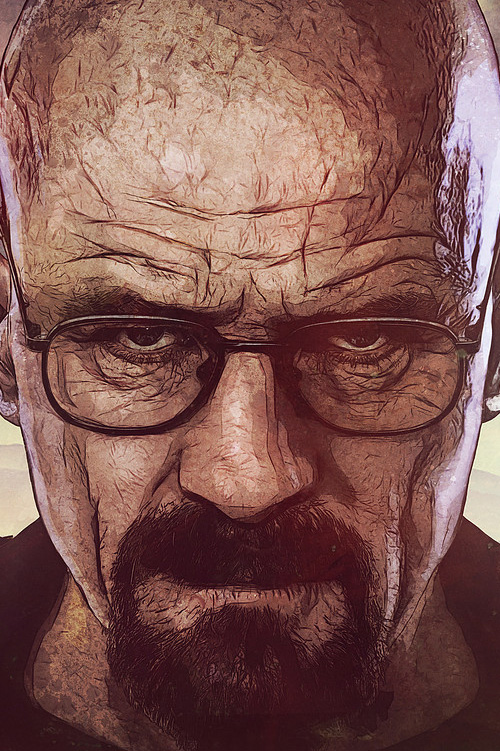 More of Adams work, including his recent Star Wars piece. 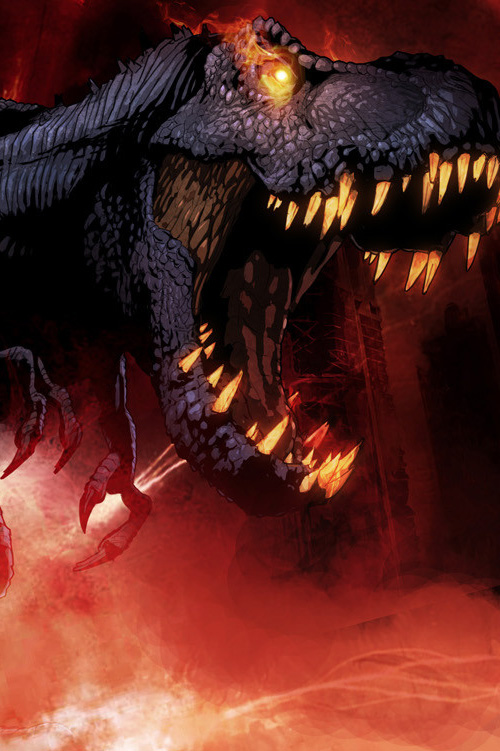 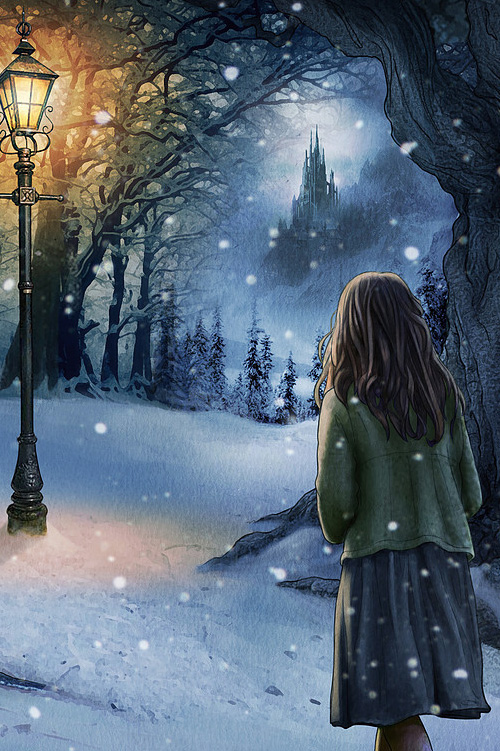