DESIGN AN AMP FOR GODZILLA

­
DESIGN AN AMP FOR GODZILLA

Impress Gareth Edwards for the release of GODZILLA, in cinemas and IMAX® 15th May

To celebrate the release of GODZILLA on the 15th May, in association with Warner Bros, ODEON Cinemas and IMAX, Warner are giving you the chance to show off your creative skills in the ultimate fan artwork competition.

They are challenging you to design an alternative poster that will not only be judged by the director, Gareth Edwards himself, but will also be displayed in ODEON Cinemas across the UK!

Taking inspiration from the trailer (see below), we want you to show us your take on a poster for this summer’s biggest monster, GODZILLA. 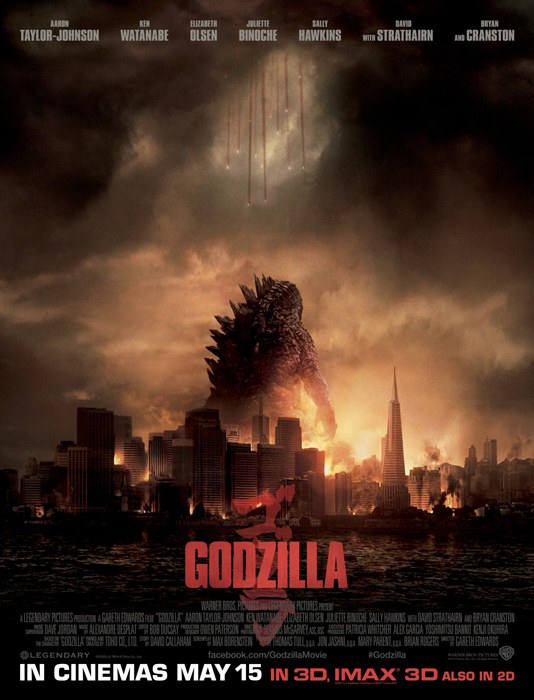 They are looking for something unique and iconic that’s in keeping with Gareth Edward’s epic new film.  Your creation could showcase the tone of the new film, the scale of the monster, or the human story and incredible cast. Remember,  Gareth Edwards will be choosing the winner and it will be hung in ODEON cinemas so make it great, make it epic and make it worthy of GODZILLA!

(Please note: A high-resolution version of your final artwork will need to be available upon request)

WHO CAN ENTER?:  UK RESIDENTS ONLY MAY ENTER THIS COMPETITION

More about GODZILLA – In cinemas May 15th

We will feature entries as they come so be sure to send your entries to AMP as well as submitting them online.

Be sure to check out the GODZILLA UK facebook page, and Photoshop Creative page.

Terms & Conditions– Artwork should be your own original creation.  Official Godzilla 2014, original TOHO, or 1998 Godzilla artwork and images cannot be repurposed or re-used in your artwork.  When you submit artwork created for this competition, you agree to give permission for Imagine Publishing, ODEON cinemas, IMAX, and Warner Bros. Entertainment to use your submitted artwork and your name and image for means of promotion, marketing, advertising, both commercial and non-commercial.  You may be required to sign a release form. Closing date for entries is 11.59pm on 19th April.  Winner will be announced on 29th April.  This competition is open to UK residents only.