AMP recently caught up with DOALY to ask him a few quick fire questions about his work, influences and what we can expect next from this talented individual. 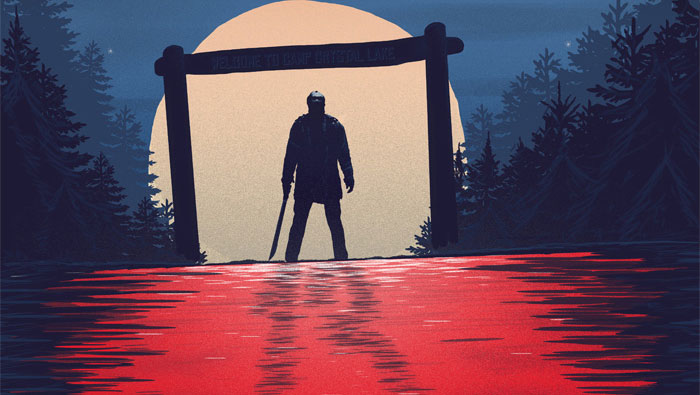 Where in the world are you?
Birmingham, UK

How long have you been doing this?
Professionally I’ve been doing this for 14ish years but the for alternative poster scene I would say about a year or so.

Is this your day job?
Design is more than a job corny as it sounds, if I wasn’t getting paid I would still be doing it, but I’ve been working as a designer for 14 years now

Can you quickly describe your creative process, how do you start a project and what programs or pens do you use to make it?
It generally comes from films I’ve seen. I look at what made them memorable for me and what element do I want to capture/emphasis; now this could either be a scene an emotion or just the style of the film. As for production I do most of my work in my sketch pad than generally in photoshop.

Why?
It’s a film that stays with you, I’ve not seen it in years but when i think of scenes from it I’m overcome with emotion. 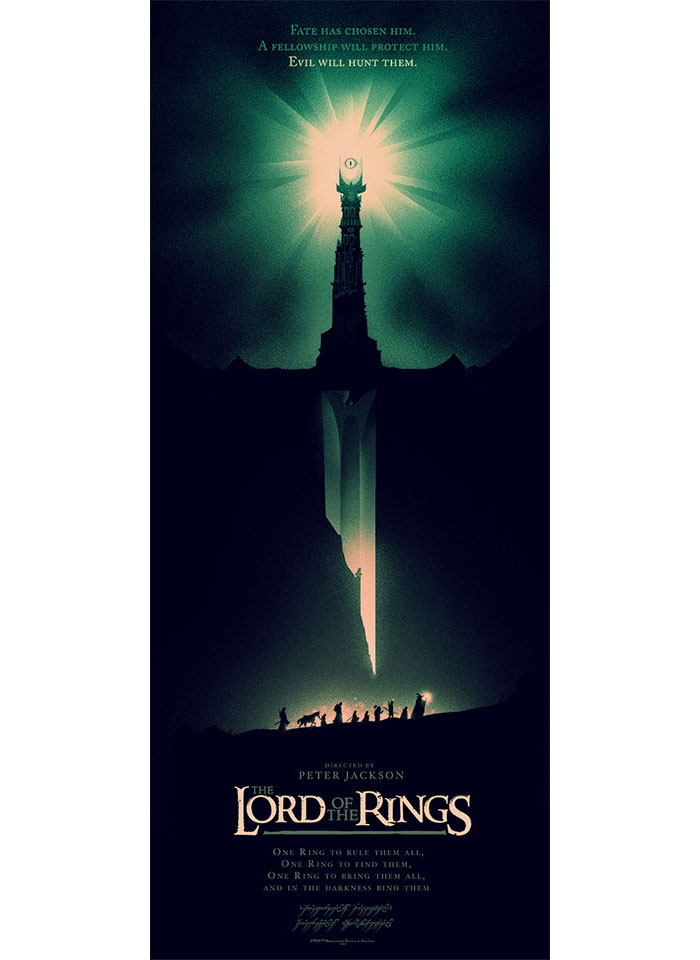 Lord of the Rings by Olly Moss

Piece of work you’re most proud of.
My Man of Steel set

Why?
For me its does a lot without having to shout at the audience 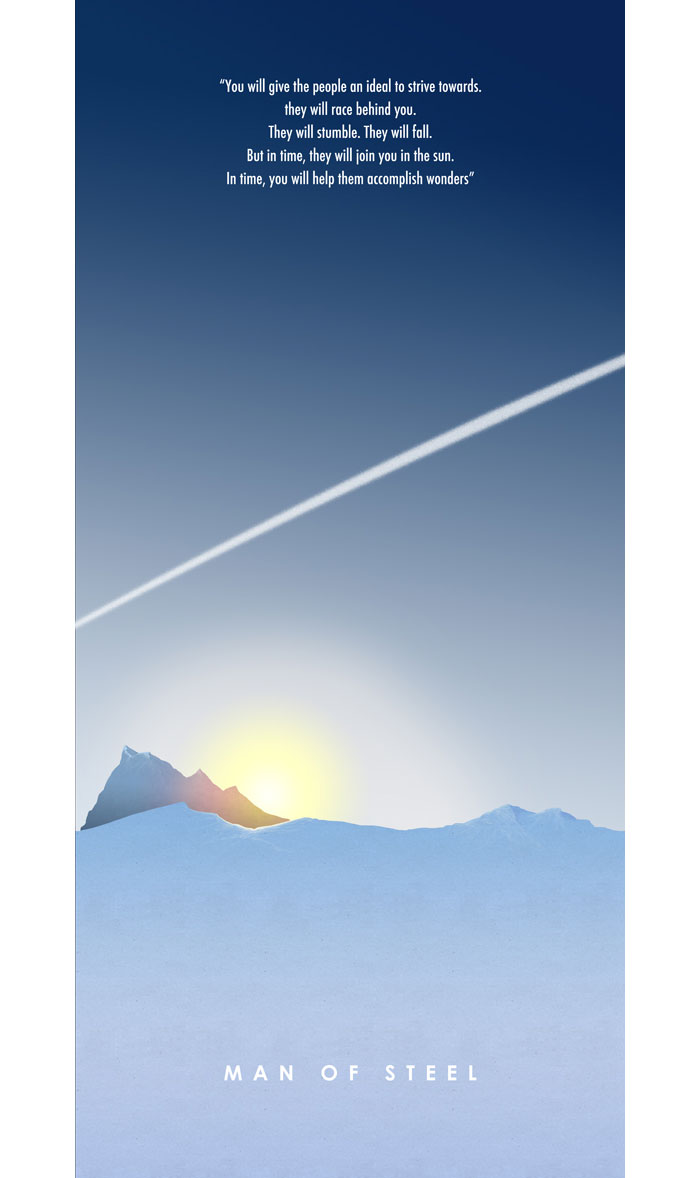 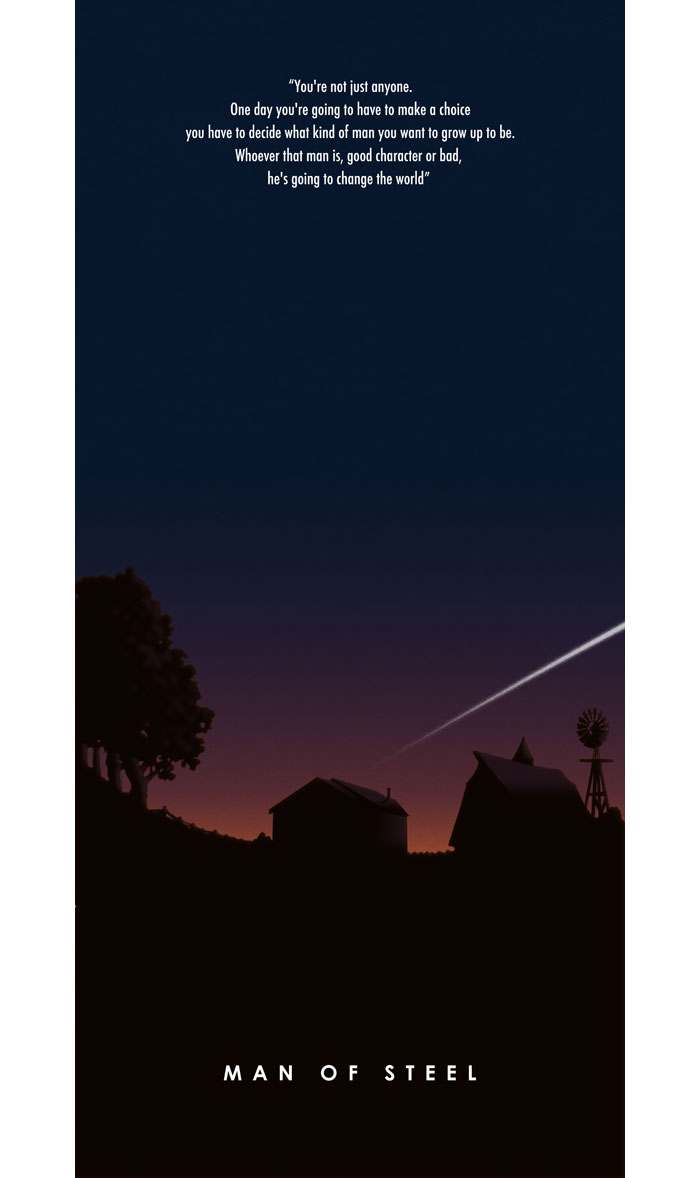 Who would you say has been or currently is your inspiration
There are a lot of artists out there that Inspire me, to name a few  Gary Pullin, Olly Moss, Mike Mitchell ………

Any good?
Could have been a lot better, not a patch on the first one

Have you seen anything recently that other people HAVE to know about? Exhibitions, books, short films, amazing artist friends etc?
The Hero Complex Gallery and their Arch Nemesis show and also Mike Mitchell’s portrait series 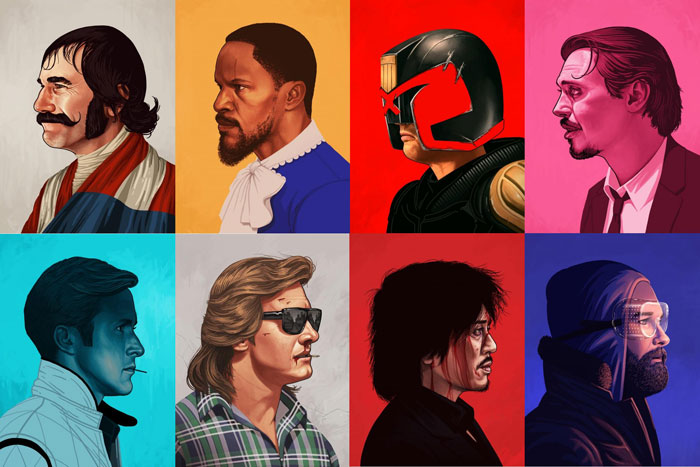 Any future projects you can tell us about?
Theres always a lot of ideas in my notebook. A few I will definitely make time for are “26 Movies/26 Letter” and a Game of Thrones idea I just had the other night.

Big thanks to DOALY for taking the time to answer a few questions for us, great stuff.

See more of DOALY’s work on AMP here or over on his site here.